Pokémon Go has taken over the world – you already know that. Nintendo’s stock price went through the roof, the first guy to “catch ’em all” in North America lost 25 pounds, and people are unexpectedly finding dead bodies while playing. At my home here in Charlotte, there was even a bar crawl celebrating the game this weekend.

What you might not know are the unusual ways that people have responded to the phenomenon, specifically in terms of what they’re searching for online.

Google Trends is a simple but powerful tool used to catalog search patterns across the world. Using search data from Trends, Google claims they can even predict flu epidemics weeks before the Center for Disease Control can.

Let’s see what happened to some searches in mid July, right after Pokémon Go took flight:

When you’re out on a Pokéhunt, there’s no time to stop back home and juice up. That’s why searches during the week of July 10th for this keyword were the highest in 2016 and 29% higher than the most-searched week in 2015, the week before Christmas.

Google is even showcasing this search term in its “Explore” section as a side effect of the phenomenon.

Stat: 84% more searches than any other week before July (US)

Nope, not this guy. That’s the Lorax.

Turns out a lot of people don’t know the overweight, perpetually sleepy Pokémon made famous by the original game in the late 90’s. For those who do, make sure to grab your Poké flute before you head to Route 12.

For those of you who still don’t, here’s our chubby buddy, exhausted as always:

Geocaching is a mobile app that uses GPS to find hidden treasures all over the world. Players hide small containers with logbooks and pencils, then mark the coordinates with the app for other users to find, sign, and continue exploring. With the rise of Pokémon Go, it may come as no surprise that location-based outdoor apps experienced a halo effect of increased popularity. 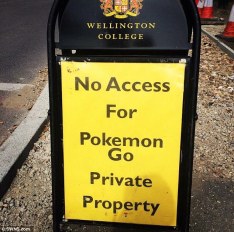 This is great! The youth of America have decided to sharpen their vocabulary before heading back to school. Or, Americans are simply trying to figure out how many yards they can enter before they’ll get arrested.

The app has been known to put players in precarious situations to the point where the game has had class action lawsuits filed against it.

But whether you’re a seasoned trespasser or just getting started, that Pidgey ain’t worth it, bro.

Yikes. Didn’t see that one coming.

It’s not by much, but the week of July 10th marked the highest point in 2016 worldwide for those searching for legal representation in the love department.

Is the timing a coincidence, or was the attention being poured into the game the last straw? Did people start losing weight and ditching their spouses? Did someone else make them Poké-stop them in their Poké-tracks?

I’ll let you be the judge.

Notes: Google Trends data through August 11th, 2016 was used for the information in this article. All data was compared against 2015 trends to minimize any effect of seasonal trending. Google Trends reports on correlation but is not necessarily an indication of causation.